Infrastructure as Code is the practice of defining and managing the logic used to provision infrastructure as versioned artifacts in the same way that code artifacts have traditionally been handled. There are a number of different tools and frameworks available that enable this type of approach. The IBM Garage for Cloud Developer Tools currently leverage Terraform as the technology used to implement the Infrastructure as Code strategy.

The IasC terraform logic is stored in two repositories:

This guide will walk through the various files that make up the Infrastructure as Code components and how to customize them. The Installation Overview walks through how to perform an install with the Iteration Zero scripts.

The Iteration Zero terraform scripts make use of the modules to provision and prepare an environment. The logic is provided as stages that can be removed and added as needed.

The files in the stages and stages-crc folders provide Terraform files that make use of external Terraform modules to provision resources. The different resources are logically grouped with stage numbers and names for the resource provided. All of the stages are processed by the Terraform apply at the same time and Terraform works out the sequencing of execution based on the dependencies between the modules.

The Iteration Zero application comes with a pre-defined set of software and services that will be provisioned. For more advanced situations, that set of modules can be easily customized.

There a number of files used to provide the overall configuration for the environment that will be provisioned.

The terraform modules project contains the building block components that can be used to create a provisioned environment. The modules are organized into one of three major categories:

A listing of the modules is shown below: 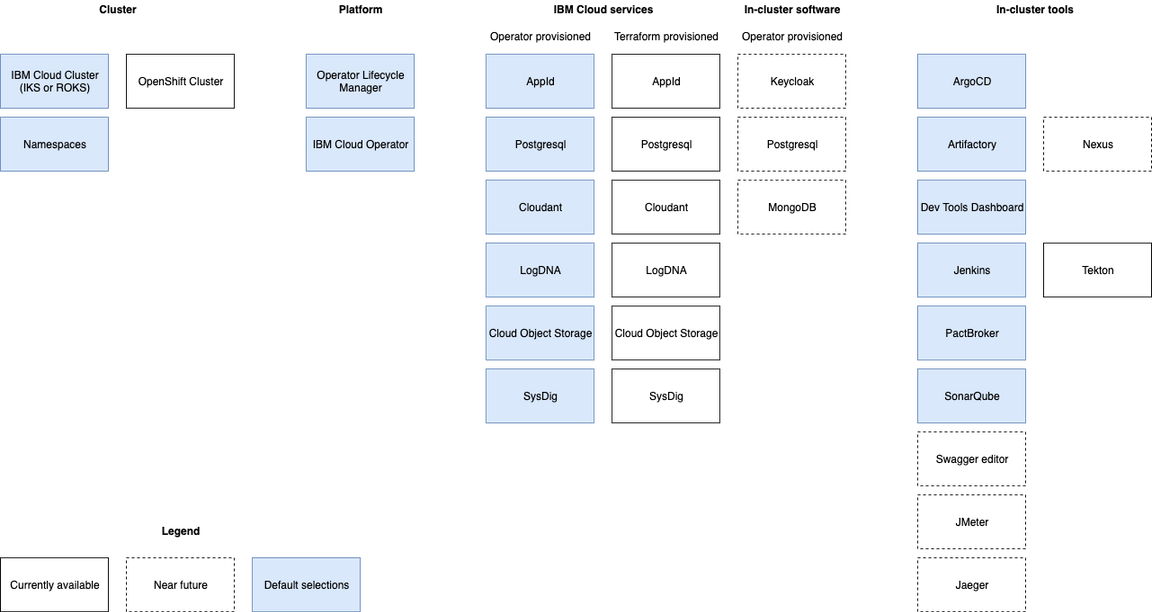